So far I've shared squads with a ton of bombs or trying to resurrect our old friends the fat turrets.
Let's shake it up a bit and head towards the fast & agile end of the market with a couple of ace pilots who have a strong claim to being the best of the best...

When FFG first announced that there was going to be a 2nd Edition for X-Wing their initial articles placed two men right at the forefront of the action: Luke Skywalker and Darth Vader.  With the announcement of brand new Force powers and points to spend it was the Jedi and the Sith who stood out as something new and exciting for players to get to grips with.  Vader in particular, maxed out at Initiative 6, and with the ability to take as many as five actions in a single turn (!) really caught a lot of player's imaginations, and that's where I've come in as well...

I'm going to start the explanations for this squad at an odd place - the end.  This squad comes in at 193 points to give you a 7pts bid - the equivalent of a 96pt squad in the old 1st Edition.  As we get closer to release date of 2nd Edition one of the questions that I see being asked repeatedly is 'how much are people going to bid?' and I think for the big Initiative 5 and 6 aces the answer is going to be "a lot".  For this squad, with two Initiative 6 repositioning aces as it's entire purpose for being, winning that bid is going to be vital and so sustaining a deep bid is one of the most important factors in any decisions I'm making.

Is a 7pts bid enough?  Hopefully, but time will tell if it's not and at that point there may have to be cuts made to increase the bid somehow and get ahead of the competition once again. 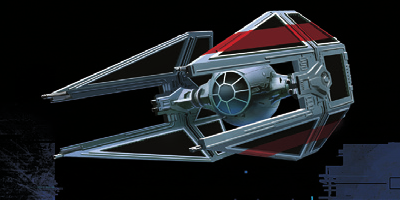 Soontir Fel naked?  What the hell?  You wouldn't see the Baron without all his toys and trinkets in 1st Edition so what's changed that I'm happy to send him out into the world in his birthday suit?  Well, a few things actually:

It might be a bit jarring to players used to the old bulletproof Soontir all loaded up but Baron Fel is a Ace of Legend and I'm sure he can handle himself.  And don't worry because Soontir hasn't come alone, he's brought a friend called Vizier. 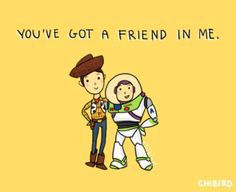 Vizier moves and takes a Coordinate action, either a white Coordinate after his ailerons move, or a red Coordinate action.  Soontir is able to take a Focus action from Vizier's coordinate then uses his TIE Interceptor's Autothrusters to chain a red Barrel Roll action off it.  Soontir reveals a blue maneuver from the powerful Interceptor's dial then is able to take a whole new action again - either Boost or Evade, and could then even choose to use Autothrusters again if it really matters to nail the bullseye arc and get a second Focus token.  So Soontir may not have Push The Limit any more but he can still sit pretty on Evade and double Focus after repositioning to his hearts content!

Coordinate is so good with Soontir that I struggle to see myself bringing the Baron to the table without a coordinator to help him out.  I've gone for Vizier over a Lambda Shuttle pilot because I want the Reaper's extra maneuvering to help contribute blocking and red dice to the fight.  Vizier can sloop and stay connected in a dogfight, or alternatively he can follow Soontir in a run for the hills if that's what's needed... a Lambda shuttle can do neither.

If Soontir is happy to run naked, though, then the opposite is true for the dark Lord of the Sith and he demands nothing less than the best of the best from the Imperial arsenal for his TIE Advanced.  After all, he's more machine now than man!

I think we have to take a minute to talk about what Darth Vader is in 2nd Edition, because I think the temptation is to think he's about the same as his 1st Edition counterpart when I'd argue he's a different beast entirely.  Although Vader has gained a powerful Force ability and a better dial for his TIE Advanced he's also quietly lost the two things that probably most defined why he was successful - either his ability to arc-dodge with Barrel Roll & Boost, or his ability to stack Focus and Evade tokens and buff his green dice to the moon for a tough target.  No Evade action, no Boost action.  It changes what Vader does and although you can bring a certain amount of repositioning into his build with Afterburners and Supernatural Reflexes I don't think it really replaces what he lost, at least in terms of being an endgame 1v1 ace.

In a tight dogfight against another ace, like Soontir, Vader is going to rapidly burn through the energy on his Afterburners and may even have to start taking damage from Supernatural Reflexes.  That's not what Vader's for any more and instant he's really an early-midgame powerhouse.  That's where he can use his unprecedented ability to take multiple actions and really generate a short-term advantage.  Use the hell out of the Barrel Roll on Supernatural Reflexes but save the boosting for moments of emergency and to get the hell out of trouble - there's going to be times when taking a damage from Supernatural Reflexes could be the difference of sitting in 3 arcs and exploding!

Vader's weakness in endgame dogfighting means your squad really need to prioritise despatching the high PS opponents from enemy squads as quickly as possible so that Vader's lack of boost isn't exposed later in the game.  And that strategic need, in turn, feeds back into ensuring you've got a high enough bid to be able to pursue and kill any enemy aces as quickly as possible.

That's why these are the Aces of Legend... they killed all the other aces!
Posted by Stay On The Leader at 23:38