Let The Past Die. Kill It , If You Have To

I have to admit that I totally didn't see it coming.  It didn't fit with what I thought I could read was happening at FFG and how they thought, how they did business.  X-Wing sales were booming, the design team were busy with Legion, it didn't seem like FFG would have either the desire or capacity to tackle a full remodel of their biggest game.

Let the past die.

It's actually a pretty massive gamble for FFG, I think.  There's going to be a ton of people who are deeply invested in X-Wing over the last few years and who don't play much but keep dipping their toes into the water and buying new ships.  They're going to lose a lot of those players, who can't face the significant one-off cost of the conversion kits to use their old stuff in the 2nd Edition.  FFG need the soft reboot to 2nd Edition to open the game up to new players who will replace those who will inevitably drop out.

Kill it if you have to.

I'm partway through my series on the Six Ages of the X-Wing metagame.  I was going to cover the 3rd and 4th Ages together and that blog is still sitting unfinished in my drafts.  Right now I think I'll probably never finish that series because they've been stripped of so much of their relevance.  A lot of the reason for doing that series was not just a nostalgia trip, but also to pull out learnings from the past that players could apply to the present and the future.  That future is now virtually a clean break from the past.

That's the only way you can become...

Why rake over the old legends, the old rivalries?  I want to talk about the future instead. 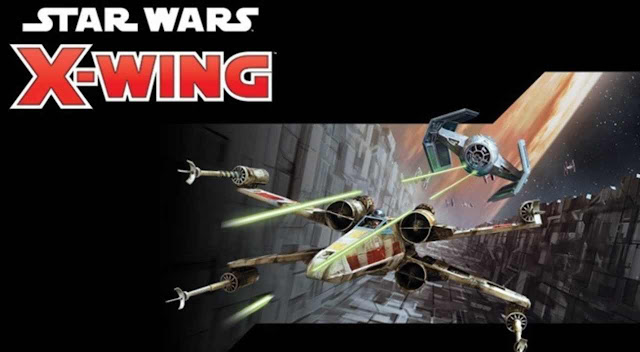 I'm going to just grab snippets from the FFG release articles and talk around them.  Let's start with what is likely to be the most important part for most of us... how's hard is it going to hit our wallets?

If I didn't see X-Wing 2.0 coming then I certainly didn't see Conversion Kits coming.  FFG have been pretty merciless in wringing every last penny from its X-Wing playerbase and if X-Wing 2.0 was ever going to happen I didn't see much reason for them to change their ways and give us all a leg up into the new game.  I expected a game to start virtually from scratch, with incompatible models/dials/bases/dice forcing players to pay through the nose to start again.  That was basically how FFG approached rebooting A Game Of Thrones LCG into a second edition, so if it ever happened in X-Wing I expected the same. 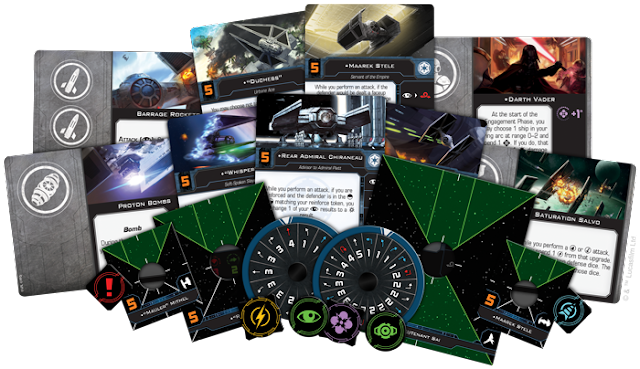 Conversion kits are going to be expensive as a one-time catch-up purchase, but if the Second Edition game is a meaningful improvement on the game we have now, or if you play X-Wing pretty frequently, I think it's going to be relatively easy to justify that cost as delivering a tremendous amount of value for money.  I've always championed buying an FFG playmat simply because although it's pretty expensive you'll get so much use out of it that it's one of the best value purchases you can make.  I'd make a similar argument for just taking this one-off investment of the conversion kits on the chin.

There are going to be players who can't make that jump.  Either the cost is too much, or the frequency of play too low and it just doesn't make sense for them to make that outlay.  Whenever there's big changes like there are people who are going to be left out in the cold and I think it's reasonable to expect about 20-30% of the current X-Wing playerbase to refuse the transition into Second Edition.  There's plenty of time for those sorts of decisions to be made, though, so if you think you're in that boat don't kneejerk and do anything you might regret, and I'm sure FFG are going to be doing their best to persuade you that the X-Wing you enjoyed playing is only going to be better in future. 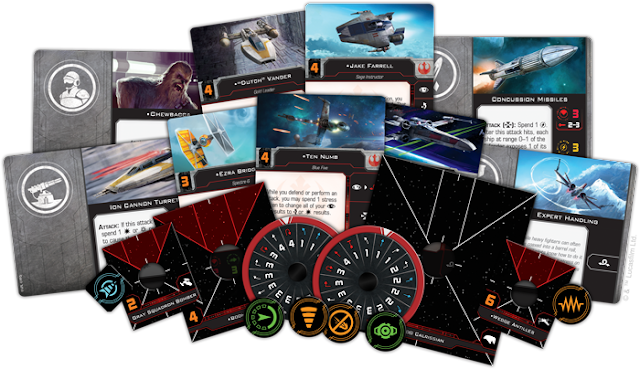 And however much it hurts your wallet it hurts a whole lot less than having to start again from scratch with incompatible models! 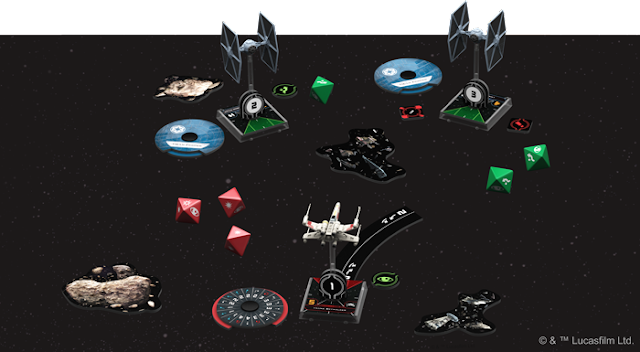 It was so similar that my initial response was that this wasn't really X-Wing 2.0 at all, it was more like an X-Wing 1.5 that patched a lot of issues with specific cards and pilots but didn't really change the game much.  This really worried me because I've always felt like those specific design issues were a result of the limitations of the game mechanics, which placed a lot of boundaries on what the designers could do.  When they'd tried to break out of the natural design boundaries (around Wave 7 onwards) it had upset the balance of the game and X-Wing had been in a bit of a slow death spiral ever since, at least from a design/balance point of view.

Patching old problem cards without fixing the basic issues that had made them problems could prove to be be a very short term solution, and it had me worried.

Reading the articles in more depth, though, I'm happy that this is a proper 2.0.

It's certainly a bit more complex than vanilla X-Wing 1.0 was, but the base mechanics are the same and I think X-Wing has long since proven itself ready to take that next step and become a more fully rounded game. 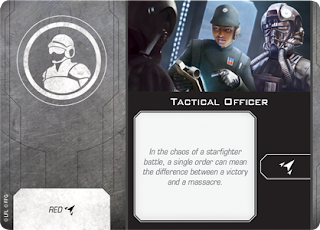 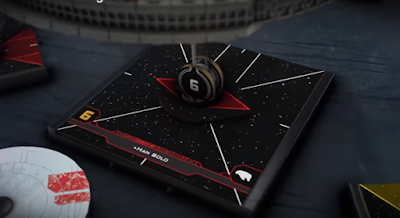 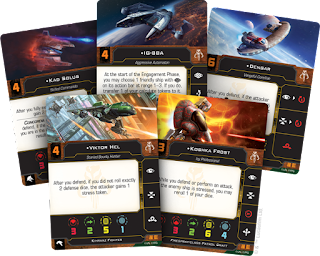 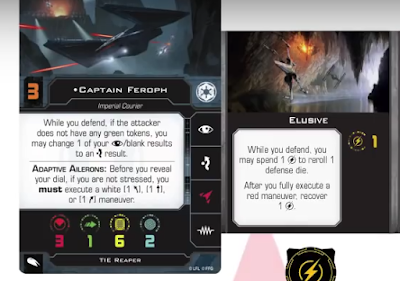 One of the most unexpected changes is that there's no points costs at all on any of thse cards, with most of the advanced squad building being run via an app.  This means with FFG can dynamically control what ships/upgrades are available at any point in time, and are able to amend points costs.

The days of a pilot or upgrade costing a set number of points appears to be gone, as it sounds like value is going to be affected by other things on your ship or in your squad, as well as being changed over time by FFG as they try to balance the game and stop particular things from dominating.  How frequently will prices change?  Will they change a lot of prices or just the odd one or two?  Who knows. 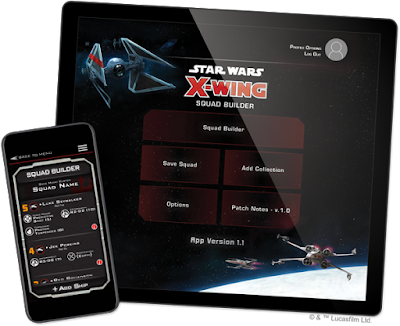 I'm lukewarm on this change, personally.  I can see how it could be used beneficially to shake things up in the game but I hope it remains easy to use doesn't just devolve to a lot of unnecessary meddling for meddling's sake.  I'm not keen that I won't be able to mentally squadbuild without having to crack out the app to find out what things cost, or that I can try to build a squad that should work only to have an upgrade change in price because of other things in the squad.

I'm a bit of a technophobe.  I don't like apps.  This idea just makes me a bit uneasy.

On the flipside, though, I LOVE the 'Quick Build' rules and Threat Level idea. 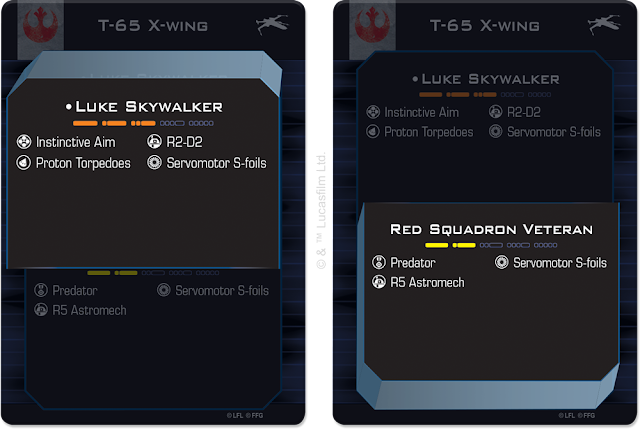 This really makes the game super-accessible to new players and I strongly hope that a lot of store level tournaments use Quick Build rules instead of the app because that would remove a significant barrier to entry.  Having to accurately gauge the power level of all your pilots and upgrades to create a strong squad was just throwing an extra hurdle in front of new players trying to graduate into the game when they should have been able to just jump in and play.  Quick Build solves that.

Quick Build moves the focus further from squadbuilding and back into what happens on the table and how you fly them.  It should be a very skill-intensive format that tests your flying and decision making to the limit.

I very much hope that we see Quick Build used occasionally to break up tournament formats and prevent things from getting stale.

And finally, I'm just going to lay out some of the card fans and talk about some of the things that we can learn about the new edition of the game from them. 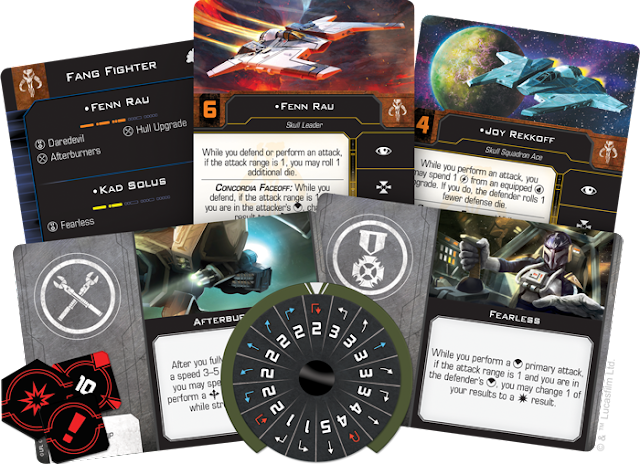 There's something really important in how they're treating the Fang Fighter - red dice inflation appears to be getting reined in a bit!  The old Fenn Rau would get into range 1 and with Fearlessness he could be rolling 6 hits.  The new Fenn Rau still gets an extra red dice but Fearless only helps him to reroll it rather than adding even more on top.

This is a big deal.  Red dice inflation was an unwanted consequence of X-Wing's balance being lost after Wave 7/8.  The likes of Soontir Fel's defenses got so strong that the designers had to throw more red dice at them just to punch through.  Indications that the red dice in X-Wing 2.0 are being pulled back down to a more balanced state is extremely welcome.  I also understand that Evade tokens have been similarly changed, and now change a dice result to an Evade rather than adding a whole new Evade dice result on top of your existing dice roll. 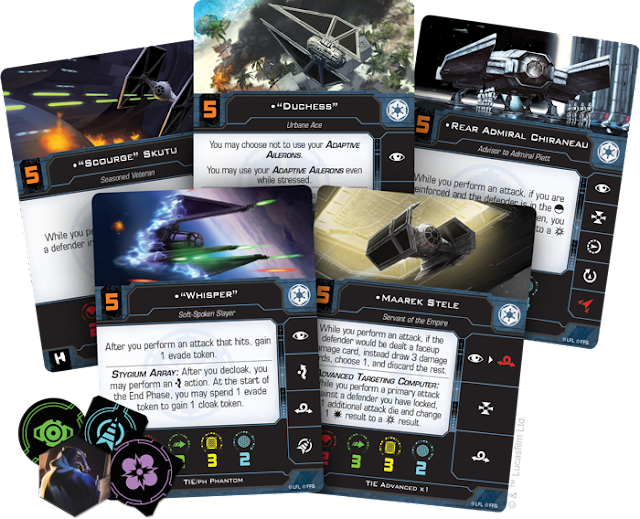 The TIE Phantom and TIE Advanced show something else that's quite important, which is that titles and unique ship abilities have been moved onto the ship itself and away from being upgrades.  This is further evidence of how much the designers are working to create unique characteristics for each ship.

Oh, and did you notice the Reinforce action on the Decimator?  Or the red Coordinate action?  Or that it's arc icon on the pilot ability is a half moon, not a single arc? 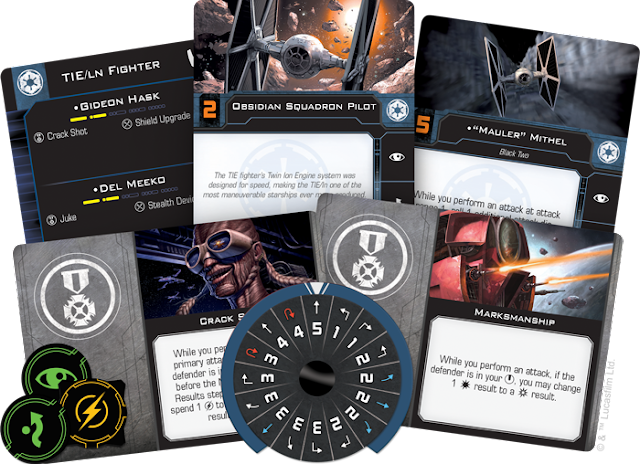 The TIE Fighter card fan highlights two EPTs that take advantage of another mechanic that's now common across all ships.  If you've not noticed yet then every ship base has the 'Bullseye' arc lines as well as it's usual front arc marked out.  I've not seen any indication that the bullseye arc has properties of it's own, the way that the Kimogila's prevented dice mods being used, but it's clearly being picked up by upgrade cards and used to generate effects like Crack Shot and Marksmanship.  That's nice because it returns more emphasis to the details of positioning and getting your opponent lined right up for the kill!

Fight To Save What You Love

I was cautious about X-Wing 2.0, but it's hard to ignore the rising excitement.  I like almost everything about it - I like the mechanics changes, I like the removal of old problems, I like the opportunity to give old forgotten ships a new lease of life without waiting for some hokey upgrade patch, I like splitting the Empire and First Order into two factions, I like the new turret implementation. 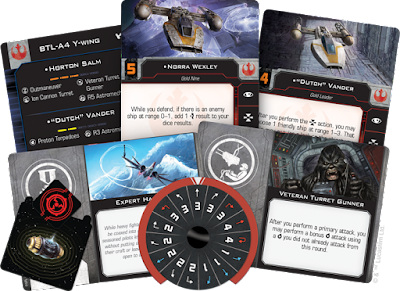 There's very very little I don't like.  Yes there's a conversion cost, but I think it's reasonable value if you're going to play X-Wing a decent amount of the time.  By one nagging concern is that... this is just where it starts, this is the baseline and we grow from here.  In the past X-Wing has grown partly through FFG holding players to ransom with more powerful 'must-have' pilots, ships and upgrades.  Will that change going forwards?  How much will we get to enjoy and explore all the fantastic possibilities of having over FIFTY new ships thrown at us at once, before new expansions and power creep just leave them all back gathering dust on a shelf? 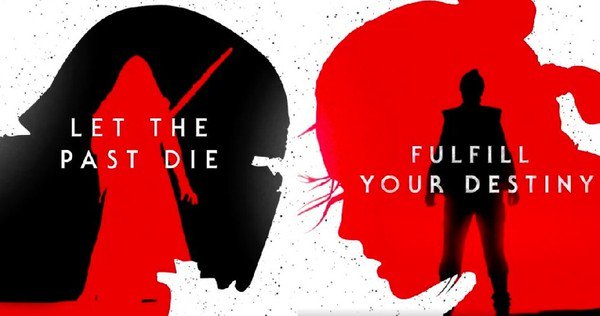 Uncertain, the future is but I think there is A New Hope.