I haven't blogged in a long time, though it's not for want of trying.  Ever since 2nd Edition was announced I've found myself really unsettled in my plans for what I was going to do.  This meant time and again I'd half-write a blog about something only to change my mood, or change my mind, and scratch it off to start again.

I had some great fun squads to share with you that I was enjoying, then 2nd Edition seemed to mean nobody would care about them.  Then I'd begin writing something about 2nd Edition and find either that somebody else had written it, or that I'd decided I was going to not buy into it after all, and then... well, you get the picture.

I think I'm now finally settled on my plans, which are I'm going to be putting two feet firmly planted into 2nd Edition as originally planned.  This blog really just serves to outline that journey I've been on in the last couple of months... should anybody care!

There And Back Again

In my initial blog about 2nd Edition I said that my first response to the announcement was pretty guarded, before being won over by what I saw in the changes that there was a lot of be excited by.
And then I went quiet.

To give you a bit of an insight into my thought process we need to back up a couple of years, to when I quit Netrunner (an FFG card game) to try the newly relaunched A Game of Thrones LCG 2nd Edition.  By sheer coincidence the local playgroup I hooked into was involved with playtesting the future expansions of 2nd Edition, and maybe through my writing about Netrunner I rapidly found myself helping to craft the future of the A Game of Thrones card game. 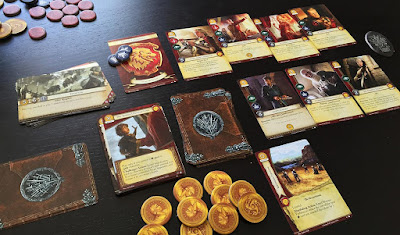 That I've been so close to an FFG 2nd Edition reboot of an existing game maybe gives me a slightly different perspective to a lot of other people, and it's been a real source of some worry about what's coming for X-Wing.  As the initial announcement hype died I began to have concerns about whether I could rely on FFG's approach to rebooting games.  I can shorthand these concerns down to a few bulletpoints, based on what I'd seen go wrong in 2nd Edition AGOT... 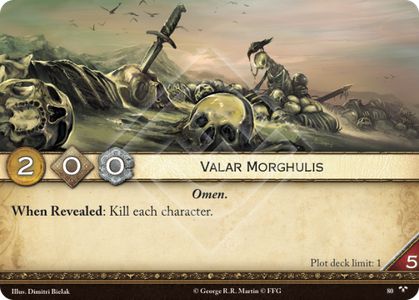 I found this (admittedly a bit ranty) quote from an AGOT LCG player that kind of sums up all my concerns about what I was worried would be repeated in X-Wing 2nd Edition...

"as a long time player since first edition came out I would like to point out that in my opinion the state of the game right now is at its worse ever, that including some dark  periods  of 1st edition (see masters or guess who ? martell recursion ).  I remember distinctly when 3 or 4 Martell cards hit the restricted list in one call and still.... here we are again.....  You started with meaningful purpose of limiting economy and power creep and then, after 3 years here we are where 2 houses break every possible rule of the game. Events  costing 1 that score potentially 8- 9 -10 power, unlimited draw, unlimited economy , unlimited strenght, tons of resets and challenge phase (in my opinion central to the game) that becomes meaningless.  This only after 3 years from core.  Maybe you have in mind another massive reset with a little apology like it happened before . But I don't see much of a future in this game right now."

I didn't really share any of those AGOT-inspired worries too widely because everyone else was busy being super-keen excited about 2nd Edition.  But these concerns were nagging at me in the back of my mind and when I heard that there was a Rebel unboxing that would reveal a lot of the conversion kit cards I went into it with a bit of a mental scale in mind for what I was expecting to see, from best case to worst case. 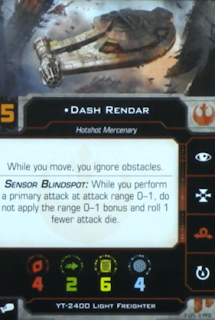 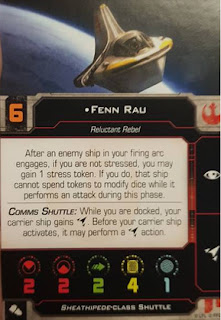 What I saw was, without exaggeration, worse than my worst case expectation.  Never in my worst nightmares did I expect to see a YT-2400 with a 4 dice primary and no R1 bubble, and to this day I still can't believe that's a thing* I gritted my teeth, waited 24 hours, watched the unboxing again... then was pretty much done with having any enthusiasm or purchasing intention for 2nd Edition whatsoever.

*This bit was written before I saw how much he costs! 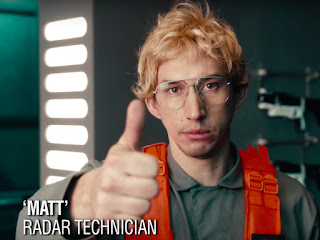 So I didn't want to buy 2nd Edition if it was just more of the same, and talking to some of my local players it seemed like a lot of us were in the same place.  The competitive players were going to move on to 2nd Edition, that was a given, but the people who were on the fringes... we didn't really need it.

If you don't play competitive X-Wing at a level where people are trying to break the game then the worst negative player experiences of 1st Edition simply don't occur.  They're just not a problem you have to deal with and we've all been having plenty of fun with 1st Edition.

The Rebel conversion kit unboxing had convinced me I didn't want to dive back into competitive X-Wing for 2nd Edition so my focus switched to how I could try to retain as many active 1st Edition players as possible - both locally and in the online community.  From talking to my local players I knew that there were a lot who simply hadn't made their minds up yet - they could be persuaded to stay with 1st Edition, but if that effort wasn't made they would probably drift slowly into 2nd Edition or out of the game entirely.


I had a new focus and a new objective - I would try to be a beacon for the 1st Edition community to gather around.  Get some likeminded people together, fix the worst problems and keep people flying and having fun with 1st Edition. 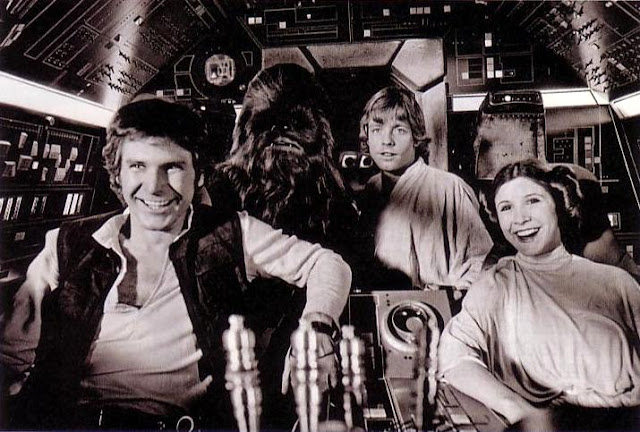 Fun was the key word, as well.  A lot of the complaints about 1st Edition are about 'balance', but those are much less of a concern after 2nd Edition comes out and organised play moves on.  If all the brightest smartest most competitive people are spending their energy on 2nd Edition there's nobody really testing whether any changes you make to 1st Edition are actually balanced or not.  You find out about balance in the top 8 of the World Championships, but there wasn't going to be a 1st Edition World Championship... hell there probably wouldn't even be a Store Championship.

If we pushed my 'Funwing' version of1st Edition to the bleeding edge, was it really balanced?  We'd never know because the players left in 1st Edition weren't going to be doing that.  The question we wanted to have answered was a lot simpler: was it fun? 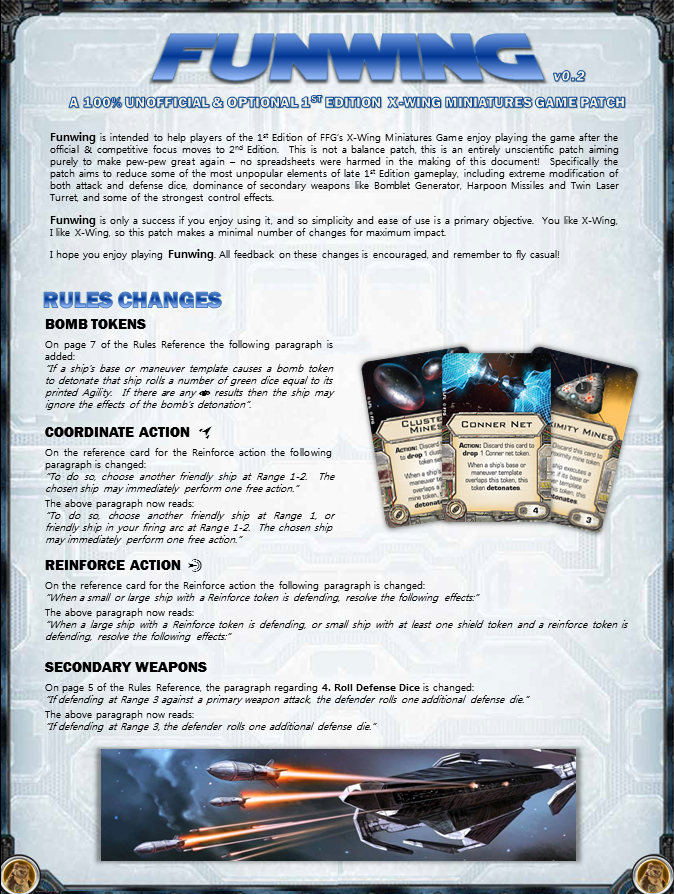 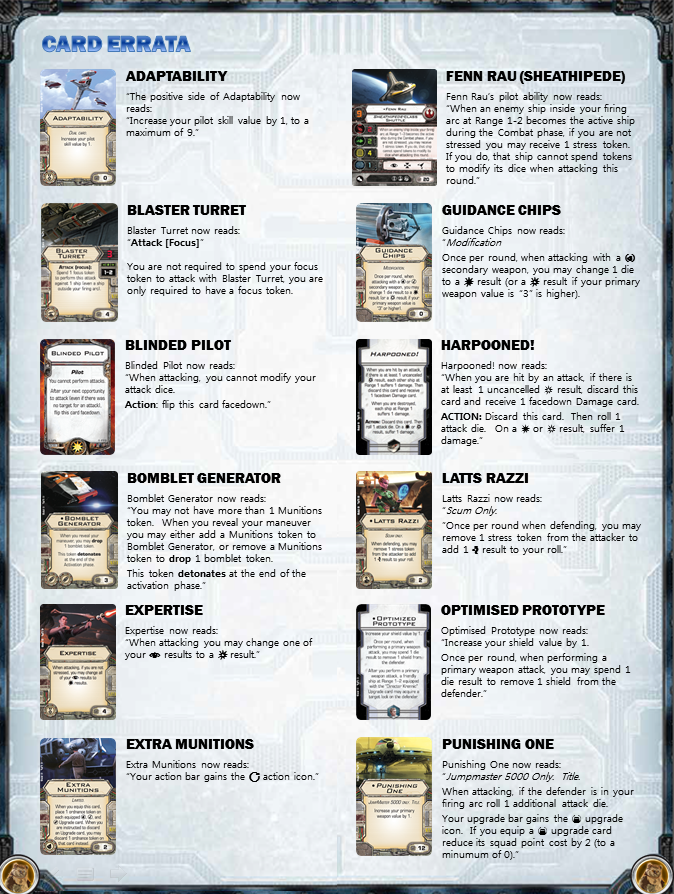 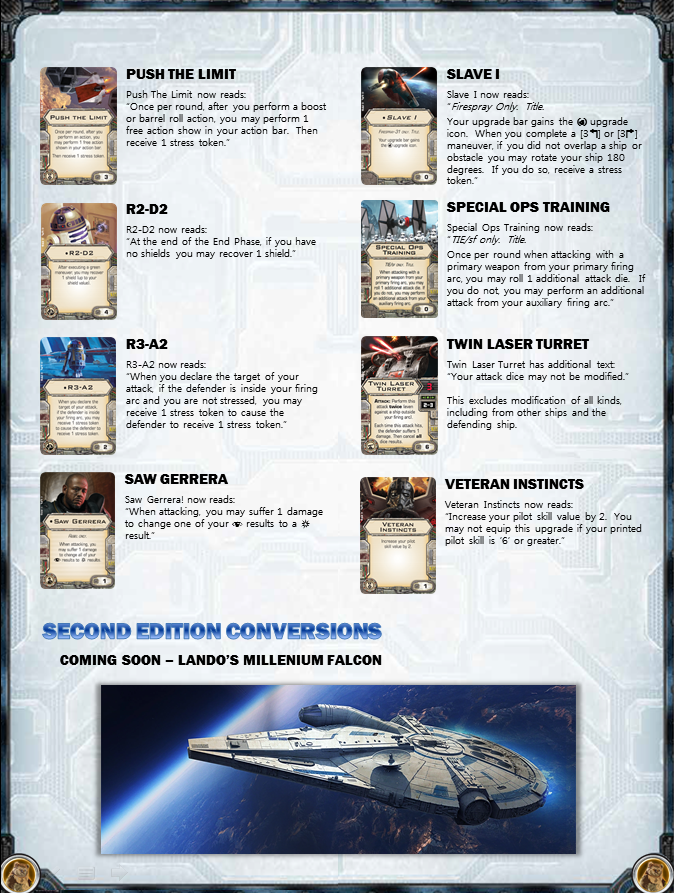 As you can see I spent a fair bit of time on Funwing and got as far as drafting up .pdfs that players could print off and play with wherever they were.  I was gearing up to write a few blogs launching Funwing and getting people to give it a try, then two things happened pretty much at the same time.

Firstly, I shared 'Funwing' with some of the players in my local group and the response was... it wasn't bad, but there was a lot less enthusiasm than I expected.  As I'd kind of expected a lot of the players who had said they were on the fence were actually more like at least halfway down the other side of the fence into 2nd Edition, so a lot of them said "yeah, looks ok, but I've been thinking about maybe just getting one faction for 2nd Edition and taking it slowly", and the players who were dedicated to 1st Edition were so casual they didn't see the need for fixing TLT or Fenn Rau. 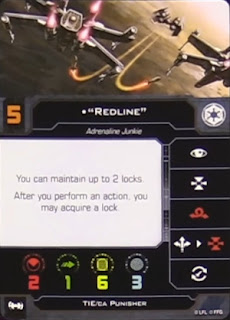 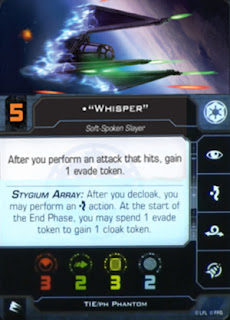 The second thing that happened was that we'd been left for the best part of a month with the Rebels stuff being the only faction that had been significantly unboxed and spoiled.  For that month all I had to look at in 2nd Edition was a bunch of stuff I didn't want to play against and nothing that I wanted to play with.  Then the Imperial and Scum unboxings were done and I began, cautiously, slowly, hesitantly... to get hype for 2nd Edition again.  The Rebel stuff looks like a proper buzzkill, but the Scum and Imperial stuff looked a lot more interesting and exciting, a lot more like a game I would be able to have fun with.

1st Edition Funwing was parked and I was back in.

I really hope the 1st Edition community manages to stick together, help each other out keep on flying casual but I'm afraid I won't be part of it.

We Are On The Verge Of Greatness

I'm going to be playing 2nd Edition, and my ambition is that I'm going to try and make it to more competitive events than I've managed in the last 12-18 months.  Hopefully that also means I'll have more to blog about in future and will be a good bit more active.

What I think I know, though, is that I'm going to be focused on playing the Imperial faction.  We don't know anything about the First Order yet but I imagine I'll be picking them up too and flitting back and forth between the two factions.

I still harbour a lot of the concerns that I have from my involvement in AGOT's 2nd Edition... but I've decided that it's all worth the risk.  I want to carry on playing X-Wing and that's going to mean playing 2nd Edition.  It won't be perfect because games almost never are, it might even turn out to be really crappy... but I'll be putting my best food forwards and hoping for the best.

What I'm going to do over the next few blogs is start looking at the Imperials in 2nd Edition and going through my thoughts on what to expect, possible builds, possible squads etc.  When I first wrote this blog it was very woolly and open-ended because we didn't have the points yet, but as they've just been published in the last few days that's all different.  I'm going to start exploring 2nd Edition squadbuilding (mainly Imperial) and I hope you'll join me for the ride!
Posted by Stay On The Leader at 12:40