"The Circle Is Now Complete" - Returning to T-70 X-Wings 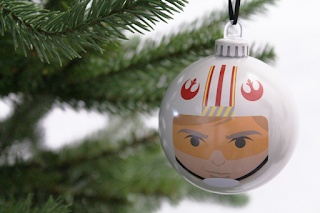 It's christmas time, and as I sit in front of my parent's fireplace trying to digest my christmas lunch in time for christmas dinner to arrive I'm slipping in and out of a delirious X-Wing haze.

I'm reminded that we're approaching the first year anniversary of my buying into the X-Wing Miniatures Game - about this time last year I was just about arranging to buy my friend's collection of Wave I & II ships.  Many many mistakes (or as Bob Ross would have it, happy accidents have been made since then and today the only ship I don't own is the Tantive IV.

The year has come around really quickly and looking back at my very first blogs reminded me how much I originally loved the T-70 X-Wings, and that it's been a long time since I actually used them.  With Heroes of the Resistance bringing us some new T-70 pilots this seemed like a good chance to become acquainted with them, so I've spent the last couple of sessions putting some actual X-Wings onto the table.  It's been fun and some of the new pilots from Heroes of the Resistance are flying in really interesting ways.

This first T-70 squad I tried brought a pretty standard Poe Dameron with Jess Pava as his wingmate (using Draw Their Fire to try and keep some damage off him) while "Snap" Wexley used his free Boosts to flank.  That was in theory and while Poe did some good work it was "Snap" who really stole the show with his speedy burst quickly getting him around into the side of the enemy, or into range 1 of his targets.  Jess Pava was... ok I guess?  Mainly she was a useful reminder that a basic T-70 doesn't really get a lot done, although with her low PS she got some useful blocks in for the others to capitalise on.

This squad was a good reintroduction to X-Wings but it struck me that it was actually pretty conventional, even though I was using a couple of the new pilots from Heroes of the Resistance.  For my next couple of games I decided to mix things up a bit more...

I subbed Poe and Jess out for some excellent stress-ignoring shenanigans in Nien Numb and "Hobbie" Klivian's classic T-65 X-Wing.  With a Targeting Astromech equipped Hobbie basically has white K-turns with Focus & Target Lock - a kind of mini-Vessery for just 27pts.  Nien Nunb's build is a bit more complex than Hobbie's but can really abuse his ability to ignore stress...

Nien Nunb costs 1pt less than Poe Dameron and that meant that I could switch "Snap"'s Primed Thrusters for another Pattern Analyser.  That turned out to be an amazing change as it meant "Snap" could now do something similar to Nien Nunb and perform a T-Roll, get a Target Lock from his Astromech, boost with his Pilot Ability, take a Focus action and THEN get stress from his T-Roll.  I really should have seen that potential earlier and had Pattern Analyser in my first squad instead of Primed Thrusters and the Black One title.

For sheer K-turning stress-ignoring shenanigans this squad will be hard to beat, but if I'm being really hard-nosed about it I think replacing Poe Dameron's Regen/Autothrusters with the firepower of Nien Nunb's Experimental Interface/Rage might be flipping the balance of the squad a bit too far.  As I thought about how I could proceed it occurred to me that neither Jess Pava or Hobbie Klivian had really been too awe-inspiring (Hobbie's K-turn trick is nice, but anything other than a K-turn doesn't trigger Targeting Astromech and means he's just a basic T-65 X-Wing).  Perhaps I could save some points there...?

By trading the third X-Wing down to an annoying Juke A-Wing I found the points to play both Poe Dameron AND Nien Nunb, leaving poor "Snap" Wexley on the sidelines in this case.

This squad combines the firepower and disruption of Nien Nunb with the endgame that Poe Dameron offers, and Juke means the A-Wing is both an irritant in terms of damage as well as blocking threat at PS3.  In theory I'm packing the best of both worlds here, although I'll admit to missing playing with "Snap" and his free boosts into range 1, and in some matchups you're really going to regret that Nien doesn't have Autothrusters to help him out.  Nevertheless, with a combination of firepower, endgame and tactical options from my A-Wing I was really optimistic about what this squad could do when I got it into the table in earnest!

That all sounds great doesn't it? 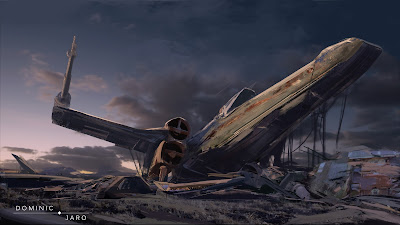 That's the cruel reality of X-Wings at this point in the game's development - they simply can't cope with the raw muscle that the best lists are putting onto the table.  TIE Defenders are almost bulletproof against your three red dice with Focus, while in return their heavily modified attacks punch through and hurt you too easily.

Don't get me wrong - I've enjoyed returning to my roots and trying the new X-Wings out, but there's no doubt that they've fallen a long way short of being competitive against the best lists my colleagues have at their disposal.  They've not been narrow defeats in most cases, either, they've been comprehensive.

Nien Nunb, for all his stress-avoiding tricks, proved to be nothing more than a bully.  When faced with lower Pilot Skill opponents in a dogfight he would run rings around them, steal their lunch money and give them a wedgie as he left.  Against opponents with higher PS, though, his entire build fell apart - you could either aim for range 1 of where the opponent was in order to shed stress and use your tricks, only to have your target then move away before you could fire, or move to where you think they're going to be, but not use any of the points you've spent on stressful upgrades.  Worse yet against anything with a turret the absence of Autothrusters is keenly felt and it's a lot of points invested in something that won't last more than a couple of rounds.

Poe Dameron began the year as a powerhouse but must limp out into 2017 as the forgotten man.  His pilot ability to flip a focus into a hit makes him probably the lowest damage output you can get for the points investment needed to field him, so while he does an ok job of staying alive he achieves very little while on the table.  The TIE Defenders are practically bulletproof against him, and the ships bringing huge firepower to hunt TIE Defenders simply overwhelm Poe's subtle evade/regen defences.

Oh, and did I mention people like Hotshot Co-Pilot, which is becoming a pretty popular upgrade these days?

Poe doesn't like playing against Hotshot Co-Pilot.  At all.

No, of all the X-Wings I've played over the last few weeks I have to report that pretty much none of them have done enough to convince me they're really viable.  When I wrote about T-70s earlier in the year I said their strength was that they were ok at everything, well now that is their glaring weakness.
In a world where ships need to be either super-aggressive or super-defensive the T-70 finds itself unable to do either effectively.  The damage output of a T-70 is very 'fair', but 'fair' doesn't get you far - against the Evade/Palpatine-backed dice of a TIE Defender it's only going to scratch the paint and rarely do real damage.  Two green dice and six hull should be plenty, but when people are packing the sort of heat to overwhelm a Defender's dice (either a lot of red dice, or pushing green dice down with Juke/Zuckuss type abilities) the T-70 just absorbs too much punishment - they aren't getting one-shotted, but a couple of good hits could take one down very easily.  The Autothrusters you can take feel like a real Catch-22 scenario - without them your T-70 is easy meat to turrets, but with them you're just throwing good points after bad in all the matchups where the T-70 is just going to die anyway.

Maybe T-70s will return - it's a real shame that the ships the game is named after are so fundamentally weak.  I also think it's a bad sign for the game that your solid all-rounders like the T-70 are so badly equipped for competitive play.  When I played them in tournaments at the start of the year they certainly weren't the hot metagame list, but I won some games and beat some good lists.  If I fielded them now I'd get very little from the day but a sore ass from all the kickings I'd receive.