Rookie Mistakes is a series of occasional blogs looking at common mistakes players make, either when they're just starting out or trying to step up their play from the kitchen table to the tournament hall. 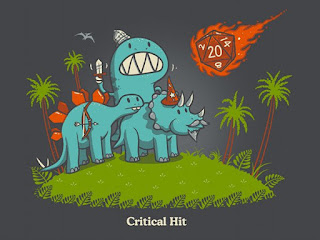 One of the themes I see reappear more often than any other in 'casual' lists is how much people are prepared to contort their squads and flying style just to try and turn a 'hit' into a 'crit'.

This is almost always a trap.

Don't get me wrong, crits are great - landing a killer critical hit on your opponent can sometimes be enough to win you a game, no doubt. But crits aren't so much better than normal hits to make it worth spending half a dozen points of your list trying to force them to happen.

People do it though. A lot.

Ten Nunb, Etahn A'baht, Rexler Brath, Mercenary Copilot, Omega Ace, Marksmanship, Kath Scarlett, Saboteur, Lt Colzet... it's not an exhaustive list but these are the sorts of pilots and upgrades that seem to regularly sucker new players in and which experienced pilots largely know to avoid. The problem is twofold - firstly that it's surprisingly easy to overestimate the importance of a 'crit' result on your dice, and secondly that the effort required to force a critical hit result makes you overall a lot less effective because you're paying a premium price for that one component.

Let's look at that first one in more detail... just how important is a critical hit anyway?


This last one is quite subjective but I must have lost count of the number of times I've handed out critical hits that didn't change anything. It could be the classic Major Hull Breach that means all future damage cards will be face up but they've only got one hull left so will die to any damage anyway.  It could be a Shaken Pilot when they weren't planning on doing a straight maneuver next turn anyway.  It could be a Damaged Cockpit reducing a ship to Pilot Skill 0 that was already moving first (or, worse yet, actually gets BETTER when it moves first - I've won games due to receiving this crit).

Some critical hits are awesome!  Others can be more easily ignored...

When you hand out a Critical Hit you're thinking of the dream of Blinded Pilot or Direct Hit, or Damaged Sensor Array but there are plenty of crits in there that will have minimal impact of the game.  Even a Direct Hit could be meaningless. If a Direct Hit leaves the opponent with 1 hull left and your next attack deals 2 damage then the Direct Hit has just been overkill as you were going to destroy them anyway had it not been there.

Case Study - Just the other day I handed Countess Ryad two critical hits that had almost no impact at all - a Loose Stabiliser that turned the white moves on her dial to red, and a Damaged Engine that turned her hard turns to red.  This all sounded fantastic and that I'd really limited the moves that she could do without being stressed, but in fact all that had happened was that her 3 turn was now red. She still had green K-turns and she still had green banks thanks to her Twin Ion Engine MkII modification.  Two critical hits had only changed two moves on her dial!

Once you understand that Critical Hits are only good IF they don't get dodged and IF they didn't have shields and IF you get a critical hit that really matters... they start to lose at least some of their shine. Critical Hits can be gamechanging and they can be awesome, but they're rarely worth playing a card or upgrade specifically to make them happen.

That's where the second issue comes into play - how much are you really paying to make that critical hit happen?

Look at Ten Numb as an example - usually the cost of playing Ten Numb (already 9pts more than a basic B-Wing) is that you're equipping him with a Mangler Cannon (another 4pts) to ensure he's dealing crits.  But Ten Numb has already got 3 red dice so the cannon isn't naturally improving his offense - 13pts have been sunk into that B-Wing and the payoff is really only worthwhile against ships with plenty of green dice and tokens (who were likely to dodge your crit) and few shields (so they actually take a face up damage card).

You could have fielded a basic B-Wing and a whole extra ship for those 13 points!

The cost isn't always in points either, and one of the most common crit traps that players fall into is the EPT Marksmanship.  Now Marksmanship doesn't just give you a crit like Calculation does, it flips ALL your focus results into hits with a crit as a cherry on top.  That sounds like an amazing effect for 3pts of EPT and in terms of raw damage output you'd be right... if you didn't get 90% of that effect for 0pts by just taking a Focus action!

Because Marksmanship is costing you an action it's replacing something else that was almost as much good (and in fact potentially better, as you can Focus on defense but Marksmanship won't help at all).   Like a convincing telesales rep if you get sucked in by all the things that Marksmanship says it will do for you then you'll forget you could already do most of it for free!

Really, if you think of some of the most commonly played competitive pilots & upgrades that deal out Critical Hits, like Rear Admiral Chiraneau, Emperor Palpatine, Advanced Targeting Computer or Proton Torpedoes, then in most cases they would still be getting played if all they did was create a normal hit instead of a critical hit. In all these cases much of the value is in that they turn a dice into a damage that would otherwise miss, or in straight up adding an extra dice!

What matters most is that they're generating an extra damage and a lot of the time that's what the points are being spent on. Any bonus they get from it being a critical hit, should it get through shields... most of the time it's just gravy.

Which really brings us back full circle to where we came in, namely that critical hits are great when they happen, but that they're not worth working hard to make them happen.  When trying to land a face-up damage card becomes an obsession it's almost always at the detriment of the overall strength of your squad, and it's that fact which makes this... a Rookie Mistake. 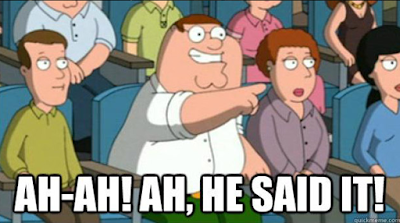 ADDENDUM - "So what about Kylo Ren?"

Something that a few people have said after this blog was first posted was about Kylo Ren, who is obviously doing the rounds at the moment after first appearing in the Upsilon Shuttle.  Is he an exception to the rule of not chasing crits?

If you think about what Kylo Ren and similar effects, like Boba Fett crew, or Bossk pilot, are doing in terms of those three steps of why crits aren't so great (1. they get dodged, 2. they just remove shields, 3. the crits might be rubbish) then you can understand his impact a bit more easily.  Kylo Ren effectively ignores step 2 and step 3 as his effect punches through shields, and you can make sure you pick arguably the best critical hit in the deck, Blinded Pilot.  Effects like Kylo, therefore, go some way towards making it worthwhile building a squad that can create critical hits by removing some of the obstacles of that crit result making a difference.

Bossk does something similar - as long as his crit isn't dodged then he's better at step 2 and 3 by at least removing 2 shields at a time with his crit, and although Boba Fett still needs to punch through shields to have a say there can be a big payoff should he get there.

EVEN SO, the most common ways you will see people trying to trigger crits is with the 'good' crit cards that are generating a crit from a missed dice, like Rear Admiral Chiraneau, Guidance Chips or Proton Torpedoes.  What this should really indicate is that even when you up the stakes and really reward yourself for generating critical hits... Mercenary Copilot is still a bit shit.

If you've got any other great ideas of examples of things you think are Rookie Mistakes that a lot players make then let me know in the comments below and I might steal your suggestion for a future blog!