"You Came Here In That Thing?" - The Value of Surprise

That was the plan.  In actual fact I played so badly at the Store Championship that I walked out after two rounds to avoid doing any more damage to my ego, so I could go home early and play Fallout 4 instead.  Then my train home set on fire.  It was that kind of day.

But out of the ruins of a Saturday morning I will rescue a blog about something else, have no fear!

THE ONE WHERE DAVE COMES OFF AS A TOTAL DOUCHE

I've been watching a lot of the results come in from Store Championships around the world and one of the things that has most struck me is how varied the winners are.  Coming from a background in card games where it's common to see a particular deck type really take off and dominant a season there's not really been much evidence of that, with odd and surprising decks picking up wins all over the place.

I think there's a reason for that.  When you present your opponent with a new puzzle that they've not seen before you give them an opportunity to make a mistake, and X-Wing is the type of game where a single mistake can rapidly snowball into a major problem. 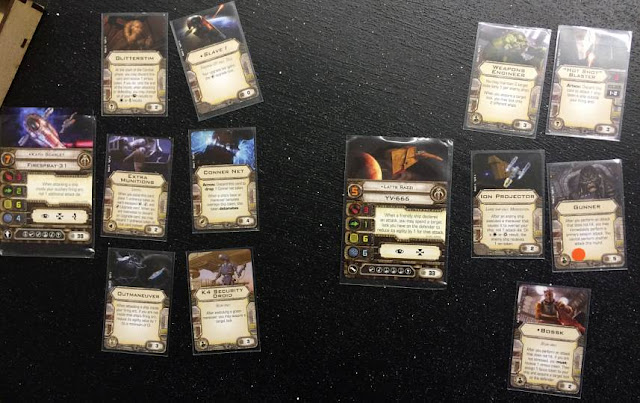 This is the squad that my first round opponent played against me at the Store Championship this weekend.  A Scum list with Kath Scarlett carrying Conner Nets and an odd supporting Hounds Tooth build from Latts Razzi.  Now I'm fairly new to the game so perhaps it blindsided me more than it would most other players, but this was absolutely something I'd not faced before and it gave me plenty of opportunities to screw up.

I think I took all of them. 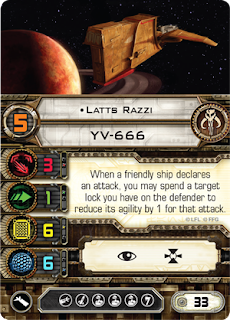 My thought process was:

Threat Analysis:  With Gunner and Bossk on board the Hound's Tooth is absolutely the big threat - that's where the damage lies and I need to get it off the table.  Yes Kath is a problem but she's much MORE of a problem when Latts Razzi is flying around sucking Agility off my ships whenever she fires at them.

Strategy: I dealt with the last Hound's Tooth I flew against precisely because I recognised it was a massive threat and got behind it all game.  So WTF was I thinking in going after Kath and thus sitting in front of the Hound's Tooth?  Worse still, with her rear arc and Conner Nets I'm far FAR happier forcing Kath to chase after me than I am chasing after her. 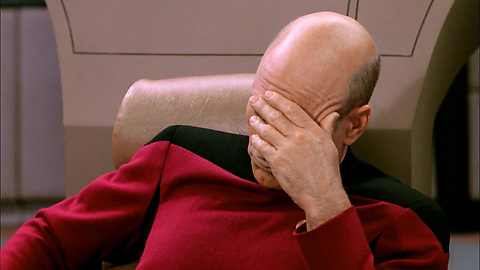 Basically, the whole thing was fucked from the get go.  I set my ships up on the wrong side of the table to go after Kath, I didn't understand how Conner Nets worked so got annihilated by them (I thought they dropped before he moved, not as an action), and I utterly underestimated how good Latts Razzi was vs my team and got Soontir Fel one-shotted by Kath's rear arc.  By the time I'd actually woken up to the fact I was in a real game I was flying Omega Leader alone against his entire team!

You know how in The Empire Strikes Back there's that bit where the Rebels are fleeing Hoth and the first transport takes off?  There's a Star Destroyer waiting and the Captain arrogantly sneers "Good, our first catch of the day"... and then a couple of Ion Cannon shots leave him looking like a tool as the transport flies past unharmed?

I got what I deserved.

So, let's back up away from that startlingly bad bit of play on my part to a more general point. 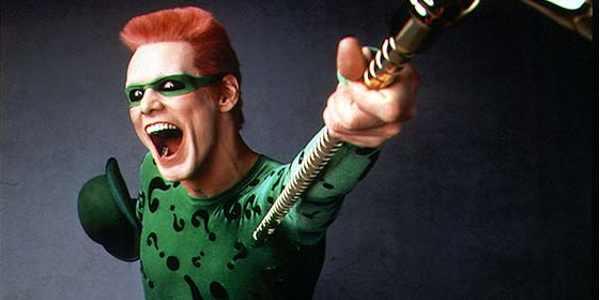 That entire disaster began when I lined up against a puzzle I'd not seen before.  I could have judged it correctly and won, but my opponent simply asking the question gave me the opportunity to get it wrong.  By contrast, when I line up vs many of the more common lists or stock ships and aces, like "Super Dash" a Stressbot or the Palpmobile, then I know exactly what I need to do - half the battle is won before I even get onto the table.  I've practised for this.  I know where you threat is, and I know where you weak point is (FYI: it's a small exhaust port, just above the main port).

So is all this wonderful hippy 'value of surprise' thing a license for you to play whatever you want and rely on puzzling your opponent to give you an advantage?

I think I did my opponent a serious disservice when I underestimated him due to his use of less popular cards.  I also think it would be doing him another disservice to say that he'd just picked his list at random.  I'm sure that's not true - I'm sure he had worked out a list and knew how the pieces fit together, how they could be used against various opponents.

He didn't just have 100pts of lucky dip, he had a plan.  And that's essential.

Setting an opponent a puzzle they've not seen before is pretty easy, just throw upgrades and ships onto the table in a random fashion.  It's a new puzzle, yes, but there's probably a really good chance that it's an easy puzzle to solves because the pieces haven't been thought through properly.  Setting a puzzle that's tough to solve is a harder challenge.  It comes from playing with the fringe cards that others don't use and getting to know them, to understand what they're good at and what they're bad at.  It probably comes from being prepared to lose a bunch of games while you work out how the puzzle fits together and how to add mutliple layers.  It probably also comes from being prepared to lose a bunch more games against 'best lists' in order to ensure that you can benefit from their confusion.

But the end result, if you can do all that, is something that can generate a very real advantage, and can absolutely win games.

I lost my first round of the Store Championship before even a single ship had been placed on the battlefield because I couldn't unpick the riddle.  That's the reward for the hard work, and you can see from tournaments all over the world that it's a reward that is frequently paying off.  If all you're going to do is follow the herd and play it safe then yes, you'll rarely be behind the curve, but there's definitely rewards for those who can get ahead of it.

And me?  I'm making a mental note to set down the Autothrusters and Soontir Fels to run some Conner Nets and Advanced Homing Missiles for a change instead.  I've been playing this game for far too little time to be limiting myself to following the herd.